Flood-hit : Women Take Up the Challenge

As flood waters are receding in areas of Kot Addu, the shifting from camps to villages is going to start.  After spending two to three weeks in relief camps and experiencing untold miseries, some families have started returning to their ravaged villages only to find their houses collapsed partially or completely.  People are seen walking back on foot, cycles, tractor trolleys and donkey carts, loaded with usable items; like empty water cans, boxes, some ration as well as animals, goats and poultry.  Broken roads, caved in bridges, tilted railway tracks, ravaged crops and rotten smell of stagnant waters altogether make a sad picture of the land, once lush green with standing crops only a month ago.

But many of families are still residing in the camps, complaining for lack of relief goods and waiting for the same.  Today I visited few camps and villages near Kot Addu. There are 300 camps in Lakhay area with about 2500 inhabitants. Life is miserable in these camps. The tents are very small, with space for only two charpoys (bed). No separate toilets for women, they have to go to the nearby fields to answer the call of nature.  Cholera and Maleria is spreading among all ages; children and elderly.  They need medicines against Malaria and stomach related diseases.  Women want to cook food themselves, if they are provided with ration and utensils. They are also in need of under garments.

After visiting the camp I had full round of three villages called Basti Moradabad, Basti Seikhan and Basti Reharwala .  These Bastis were presenting horrific picture of destruction.  Only few structures were still intact with four walls. The kacha houses are totally vanished while bricked houses are partially damaged. The families who are back have started repairing their houses and dwellings. Since men are still somewhere else at safer places to look after their cattle heads, it is women who are first to return to their houses. Surprisingly, they have taken up repair work with meager resources, whatever available. They are collecting bricks, wood and straw to remake their dwellings. Some of them are busy plastering walls with mud. Others are spreading out the leftover food grains in the open. In their dilapidated houses, they are searching for some valuables and items like, clothes, shoes and quilts from mud and waste, in order to make these items reusable.

Their kitchens are vanished, no pots, no utensils. They still need food, ration, medicine, fodder, quilts, carts and new clothes for their children.  Majority of people in these villages are sick, suffering from fever and malaria. Many women not only taking up reconstruction work without waiting for outside help, but also looking after the sick members of family. The real fear is that the people returning back to the villages might be out sighted by the relief workers as most of relief operations are limited to camps. Relief workers have to reach out to these families migrated back to their villages. Being in their own devastated and destroyed houses does not mean end of the miseries.  The level and degree of daily needs of these newly returned families are similar to that of needs of families inside the camps.  Since they are now away from camps, becoming invisible to the eyes of camera and relief workers, it is quite important to keep on tracking these returning families and continue supply of relief items at least till the time they functionalize their kitchens.

These families and women are facing the huge challenge of restarting life from scratch. The women I talked to were much worried for not having cash or kind to purchase clothes for their family and kids for the coming Eid-ul-Fiter. They were also worried as winter will be approaching soon but they do not have warm clothes, blankets and quilts. 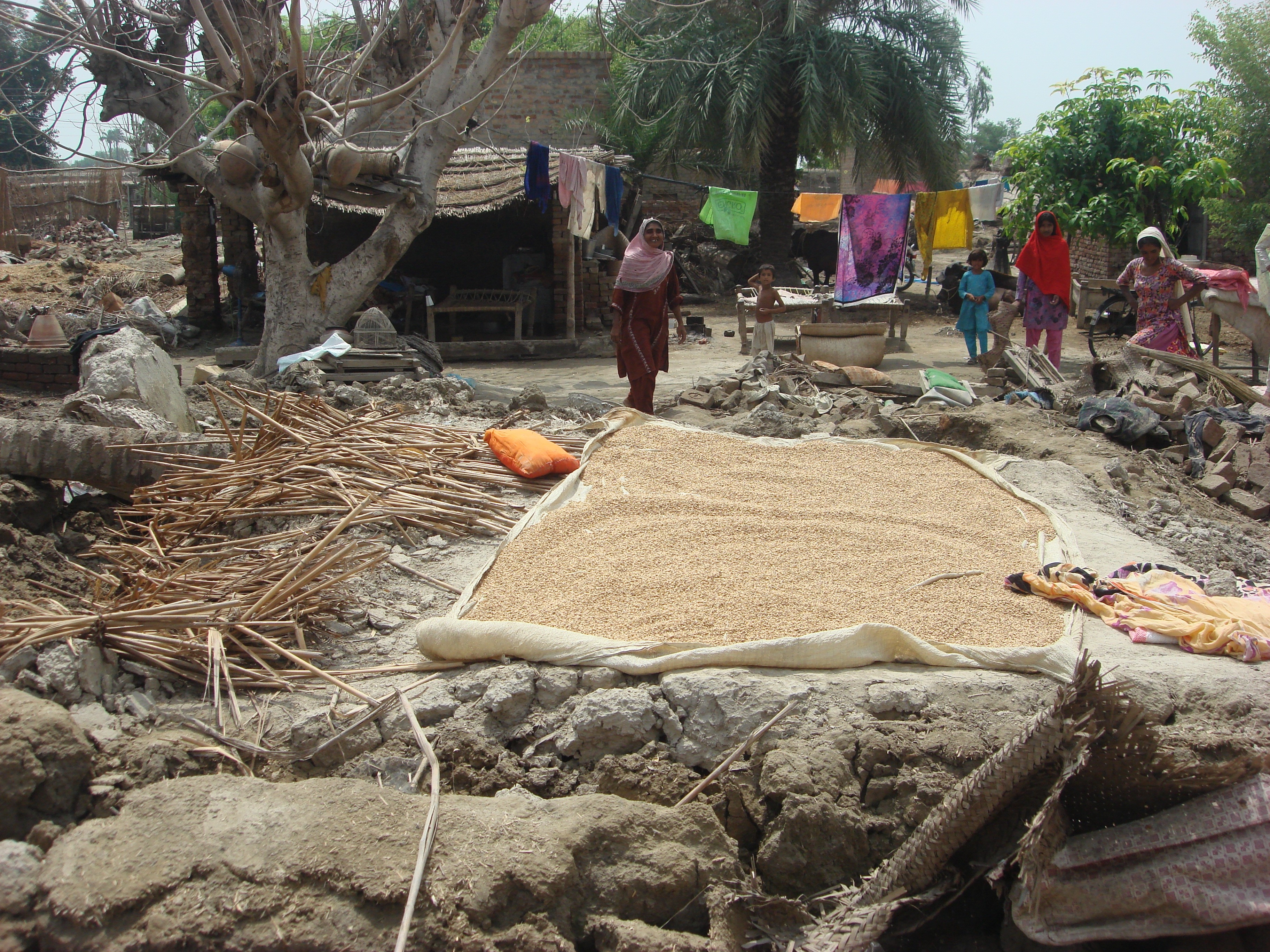 Civil society organizations busy in relief and rehabilitation must focus women as they are the ones, taking up the challenge with new hope.